Katia Gerasimov makes her artistic case ethereally at Jadite Gallery, where her simplified subjects grace the canvases in carefully selected colors based upon the artist’s intuitions. Gerasimov is at home in the international community as she is a translator for the UN, while being based in Geneva, Paris and New York City. Now living and studying in New York, she has absorbed the work of European abstractionists, particularly Hans Arp, the eminent artist based for much of his life in Switzerland. Like this master, Gerasimov’s pieces are without artifice in their understatement and demonstrate moments of interpretations of thoughts on what it means to be alive.

She pays homage to Arp in “Breathing” and “Daydream,” both paintings of contained energy while employing intense chroma, one of saturated blues and greens and the other of warm yellows. Compositionally, the forms in each are simplified with a flowing roundness to them. The elements are subtly interlocking with each other to create a satisfying completeness, through understated brushwork juxtaposed with bold color, reaching dramatic life.

In contrast to these two paintings, her piece, “Flux,” is one of pastel rectangles emanating from a vortex, swirling counterclockwise from a center of somewhat rounded forms that become elongated and narrower, as they move toward the canvas edges. The movement of the colors, Gerasimov painting as many pastels as possible, creates a dizzying effect, the color energies becoming a fluid dazzling before the viewer’s eyes, so that one seems to be falling into a kaleidoscopic endless tunnel. Perhaps the artist is journeying toward the unknown in this piece and wants to communicate that with us.

Gerasimov says that as an interpreter of French, Russian and English, she learns so much about people, which can also be said about her experiences of living in France, Switzerland and America. In each place, she absorbs different cultures, in Paris painting more freely while in New York approaching her work with greater rigor. The paintings produced in New York City conjure up such disparate subjects as a European odalisque, a
regal African woman along with a depiction of abstracted human figures, referencing Milton Avery in artistic choices. Gerasimov paints her African queen without facial features because she wants the viewer to focus on the entire composition and not just be drawn to the woman’s countenance. This allows a reading of the whole piece at once rather than an examination of individual characteristics. All of these pieces, although different in subject matter, have economies of detail, thus making the human life force paramount, being somewhat mysterious and beautiful, so the viewers’ responses regardless of geography are universally felt.

This painter, as a person involved with the affairs of humanity, is highly aware of our planet’s current state. Particularly concerned about the environment and our future, she asks what will be the ecosystem in ensuing years? Her painting, “The Year 2100,” does not answer this question optimistically as she paints a miasma of horizontal dark purples with flecks of vertical intimations of light attempting to make themselves known in the murk. The ghostly white daubs are almost desperate gestures, trying to exist in an environment drowning in danger, just as humanity struggles to triumph over the terrible effects of climate change.

Her painting, “Mirage,” also depicts the earth, but this time quietly, examining a mysterious confluence of the planet’s elements in a serene reading of the horizon where ochre sand horizontally lies before a cerulean sea and sky. This painting brings more hope to the heart of the viewer than “The Year 2100,” as suggestions of fecund seaweeds float in the littoral zone, intimating new life in spite of the possibility of oceanic environmental calamity.

Gerasimov also has long training as a ballet dancer and her grand jetés become translated into painted leaping brushstrokes in her canvases, “Black and Brown,” “Energy of Passion,” “Life,” and the most fully realized painting in the exhibit, “Central Park.” The browns slash at a gashing angle to the black vertical thrusts in one canvas, while “Energy of Passion” and “Life” show similar strengths of feeling in the deep reds and darks laid down in passages both bold and moody. The dramatic abstracted tall New York City buildings, bound up to the sky amid the expansive cool greenery of the park, create a thrilling scene. All four paintings are robust celebrations of the human life force and they are exhilarating in their expressions of the striving for existence and meaning. The painter accomplishes all this with an economical selection of painted elements where the phrase “less is more” aptly describes the elegance of the work.

Hans Arp created a body of work across multiple disciplines in some ways saying that he felt the pieces almost created themselves. Gerasimov, exposed to this artist’s work throughout her lifetime, feels too in some ways, that she, through her own intuitions, is allowing the work to develop partly from energies outside herself therefore influencing the outcomes of her artistic explorations. Katia Gerasimov has given us instances that are intimations of her examinations of what it means to be alive —her communication of her reverence for creation. The works at Jadite Gallery encompass a broad range of references and I am grateful she has chosen to share these brief painted moments with us in both their economical and expansive aspects. 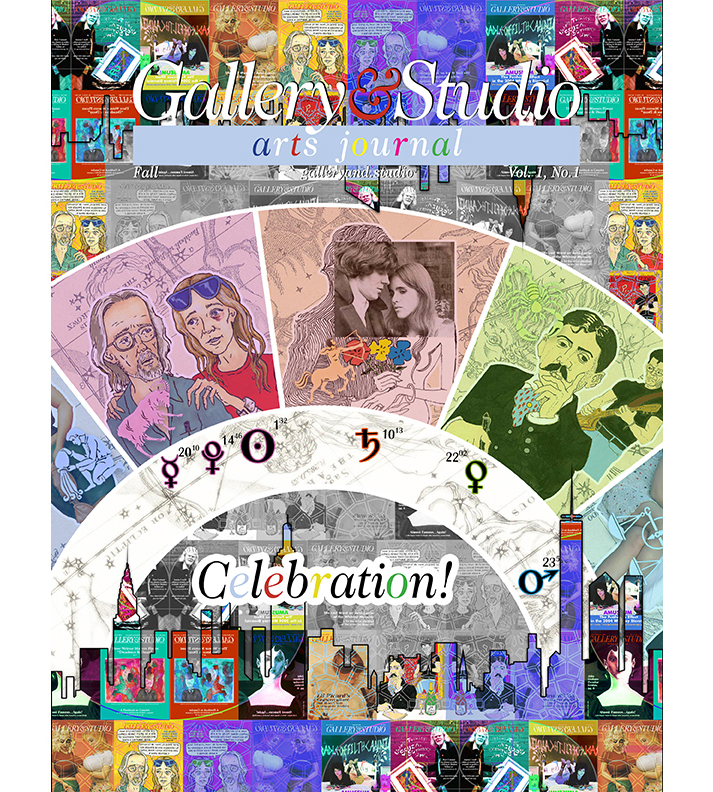