Ed McCormack was born in the Lower East Side of New York City. As a teenager, he made a handy living creating portraits and caricatures at the Washington Square Outdoor Art Show. He later exhibited his works on 10th Street where they were reviewed in the Village Voice and The Wall Street Journal. In the 1960s, he became a feature writer and columnist for Rolling Stone Magazine, touring with and writing about rock & roll groups and other celebrities.

In the 70s, Ed returned to the visual arts as a writer and a contributing editor of Andy Warhol’s Interview magazine. He wrote books on artists and for several other publications, in particular ArtSpeak magazine. In 1998 he created Gallery&Studio magazine with his wife, Jeannie McCormack.

Ed McCormack touched a lot of people’s lives. If you have a story or comment about Ed that you would like to share with us, please leave a message below.

There is a Book Fund for Ed’s memoir, Hoodlum Heart: Confessions of a Test Dummy for the Crash and Burn Generation, if you wish to make a donation, in lieu of flowers. 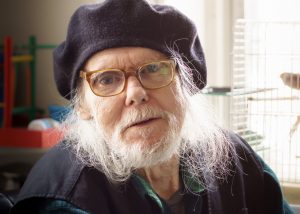 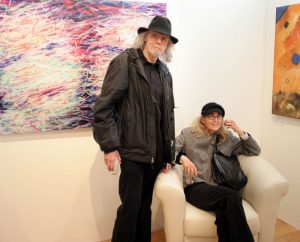 photo by John Phelps and art by
Lou Patrou